What is an Opioid?

Opioid: Natural or synthetic chemicals that interact with opioid receptors on nerve cells in the body and brain, and reduce the intensity of pain signals and feelings of pain. This class of drugs that include the illegal drug heroin, synthetic opioids such as fentanyl, and pain medications available legally by prescription, such as oxycodone, hydrocodone, codeine, morphine, and many others. Opioid pain medications are generally safe when taken for a short time and as prescribed by a health care professional, but because they produce euphoria in addition to pain relief, they can be misused.

Substance Misuse: The use of any substance in a manner, situation, amount, or frequency that can cause harm to users or to those around them. Prescription opioid (or opioid pain reliever) misuse: Use of an opioid pain reliever in any way not directed by a health care professional.

Substance Use Disorder: Occurs when the recurrent use of alcohol and/or drugs causes clinically and functionally significant impairment, such as health problems, disability, and failure to meet major responsibilities at work, school, or home. According to the Diagnostic and Statistical Manual of Mental

Disorders (DSM)-5, a diagnosis of substance use disorder is based on evidence of impaired control, social impairment, risky use, and pharmacological criteria.

Opioid Use Disorder: A disorder characterized by loss of control of opioid use, risky opioid use, impaired social functioning, tolerance, and withdrawal.

An opioid overdose can be reversed with the drug naloxone when given right away. Improvements have been seen in some regions of the country in the form of decreasing availability of prescription opioid pain relievers and decreasing misuse among the nation’s teens. However, since 2007, overdose deaths related to heroin have been increasing. Fortunately, effective medications exist to treat opioid use disorders, including methadone, buprenorphine, and naltrexone.

NIDA outlines how opioids are a class of drugs that include the illegal drug heroin, synthetic opioids such as fentanyl, and pain relievers available legally by prescription, such as oxycodone (OxyContin®), hydrocodone (Vicodin®), codeine, morphine and many others. The webpage provides navigation to other substances that are of danger to our children’s health and safety. 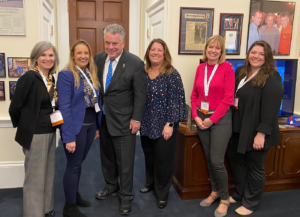